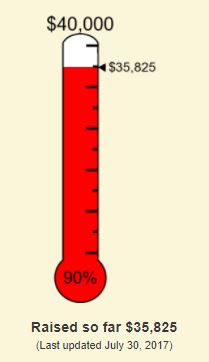 Tremendous thanks to everyone who has already donated, including those we could not thank personally because we do not have your email or postal address. Hassan and his family greatly appreciate your generosity and thank you for your wonderful support!

Your support for an innocent man is essential to prevent a grave miscarriage of justice.

Can we count on your support to help us reach or exceed our fundraising goal?

To contribute to the Hassan Diab 2017 Fundraising Campaign, please visit:

“The deplorable situation that Diab is experiencing in France — held without trial for years, in spite of numerous judicial decisions indicating he should be bailed or even released has been well documented elsewhere, including by Amnesty International. However, what Canadians need to understand is that this situation is a direct, even logical, result of the current state of Canadian extradition law…

“If an extradition request cannot be turned aside on the basis of a case as weak as that against Hassan Diab, it is difficult to imagine one that will be… Hassan Diab should be repatriated and our extradition law should be reformed.”